Today was the first day the lights didn’t come on at all. Skylar moved the stacked cordwood from the side of the house and stacked it in the garage. The desperate were stealing whatever they could to heat their own homes.

Angie, Alvaro, and Heather came in the front door, bundled in wool coats, scarves, and beanies. 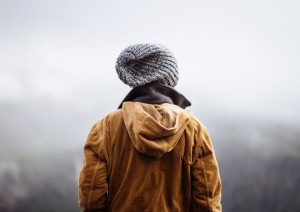 “A fight broke out at the Red Apple, a bad one. We had to get out. Store’s closed,” Heather said matter-of-factly.

Two heavily armed Humvees and a police cruiser went by the house. Skylar was relieved there was no wind. Fog hung heavily like old worries. At least the lack of a breeze would mean no tear gas blowing their direction, hopefully.

“I checked for coffee. There is none. There isn’t even any tea anymore.” Alvaro looked forlorn. “We managed some potatoes and a crappy can of green beans. The coffee, man…”

Dinner was sparse: fried potatoes and eggs from the chickens. The green beans were forced down with water. They ate in silence by candlelight. After the plates were cleared, washed, and put away, the four sat at the table, each lost in their own thoughts until reality came crashing back.

First the yelling from about a block and a half away, voices amplified in anger, then, the unmistakable sound of tear gas canisters launching and the metallic ping of metal hitting pavement. They had become all too accustomed to the sounds. People would yell, batons would strike bodies, and people would be arrested, but calm would prevail. 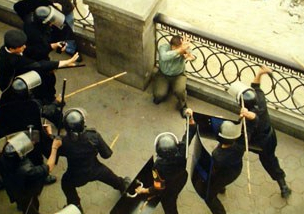 A loud percussive thud shook the house and rattled windows, then loud screams of terror. The crisp sound of shots fired filled the air. More screams. They all flinched at the shrill sound of two, short bursts from automatic rifles. The high-pitched sound of a screaming ricochet and thwack of the round hitting the wood siding of the house sent the group scattering for cover under the kitchen table.

This was new. This was different. They swore out loud. The sound of feet running by froze them solid. Were they coming into the house? Was the door about to be kicked in? The feet went on past.

They stayed under the table. More trucks rolled by outside. The sound of automatic gunfire died down to single reports. Stern voices shouted commands. Red and blue lights went by briefly filling the room.

Loudspeakers blared, “Stay in your homes for your own protection. Anyone caught out of doors will be subject to detainment. Stay indoors for your own safety.” The commands receded as trucks moved on.

Curfew would be early today, it seemed.

As the grey light of day turned blue, they emerged from under the table.

“Let’s leave lamps unlit for now. We can see fine with the fire and one candle,” Skylar suggested and the others agreed. No one bothered to voice the reasons why. It was easier to pretend they liked the romantic atmosphere.

Angie said, “What about the coffee? We’re down to about a cup each. What do you guys say? Should we?” She forced a smile despite her resignation. “I mean, screw it. We’re going to be up all night, anyway.”

Alvaro swore in Spanish. To the others, it sounded like an incantation, a revolt against the chaos and misery. “Fuckin’ ay. I’ll put on the water,” he added.

Alvaro filled the large kettle with drinking water they had saved and placed it on the top of the wood stove to boil. Darkness took the Whittaker Neighborhood and a helicopter flew low, its searchlight probing, ever-looking. 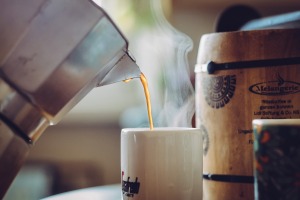 Skylar retrieved four clean coffee mugs and Heather ground the last of the beans in her grandmother’s ancient wood coffee mill, her hand cranking out the lovely aroma of the finest Arabica. The French press was always the method of choice for brewing. Soon coffee mugs were full.

Angie picked up the emergency radio and cranked the handle to charge the battery. Before Angie flipped on the radio, the four sat on the floor on their favorite rug in front of the wood stove. No sugar or milk; those were long gone. Words did not pass between them. Each savored their last cup. They did not know how long it would be before they would have another. Knowing glances passed between them. Angie, no longer able to stand the silence, flipped on the radio.

They caught the DJ mid-sentence. The same lively woman’s voice greeted them that they’d heard for weeks. The broadcasts were always amateur and disorganized, but it was all they had.

“ . . . travel on major highways is now prohibited without proper documentation. Any crossing between counties and even cities is restricted or non-existent. So that’s how democracy ends, fellow Oregonians. Keep your heads down. We will transmit as long as we can. Or you could always listen to your local, sanctioned news sources and what will you hear? The same bullshit as any other day. What is it today? Chinese subs and destroyers off the coast? Another evil invasion foreigners defiling our sacred American soil? Hmm, I wonder what the folks at Pine Ridge would say. Blah, blah, blah. Those of you who no longer have electricity, be thankful, but then again, you would not be hearing my lovely voice, either. So the news for tonight: there was a bombing in the Whiteaker neighborhood in Eugene. No idea of casualties nor details. All we know is no new news is coming out of that area. So for now, we-”

The transmission cracked whined and stopped. As always, the signal had been jammed. They would broadcast again in a day or two once they found a safe location from which to broadcast and different frequency. If the broadcast took more than a few days to return, they were most likely dead and the air would be silent until the next upstart, pirate station. 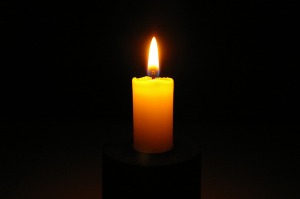 They sipped their coffee, again in silence. Next door, they could hear a large vehicle pull up. Pounding on doors – the police. Yelling and screaming broke the air, first in protest and then in pain, then screams. Glass breaking. People were rushed to open car doors that slammed shut. The screaming was cut off and wheels screeched away.

Tonight was the last of the coffee.

Author Bio: John grew up in Southern California and has lived in the Pacific Northwest his entire adult life. He loves the written word, either trying to forge his own or reading someone else’s. Social Services Specialist by day and dances with the Muse by night.

Want to know more about the Whit? Check out Eugene’s eccentric neighborhood while it still has power, coffee, and craft beer!